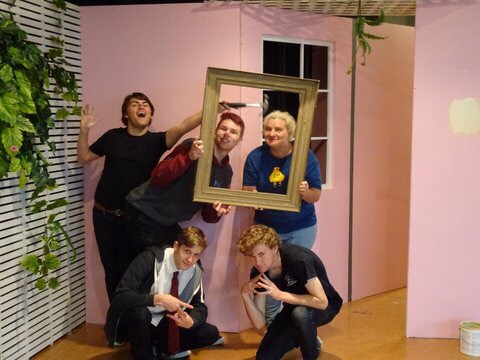 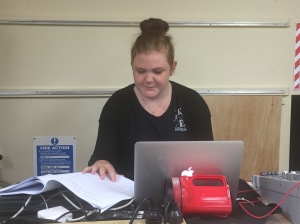 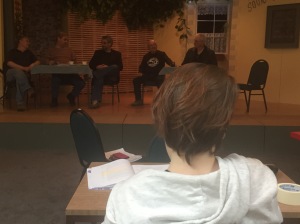 Obviously we all know that the tech crew are the unsung heroes of the theatre. They work long hours behind the scenes, thanklessly, often to be disregarded by the cast in the wings.

However, it is these guys that are the heart and soul of a team. Actors have one job- to do their character well. The tech team always have the whole cast, and the show itself, to keep in mind. They have to follow the script for each performance, and patch things up as they go wrong. Anyone who has been on stage as a fuse has blown, or the sound died out, or the set falls over, or a costume splits, it’s the tech crew who jump into action beyond call of duty. Safety pins, screws, spare fuses, duck tape, adhesive bandages, pain relievers, and makeup wipes come flying from all over the place at the sight of an actor in need.

You can never thank your crew enough.

Also, as I am a teacher, this grinds my gears too.  We should always give students a chance to take these tech roles, and encourage them to do so.  Learning to run the lighting desk, or to build set, or to work backstage, or even to help actors dress create a culture of giving, sharing and helping.  This helps to build confidence and self worth, if we treat them with respect.

One of my friends recently became a mother.  And she made a very profound statement.

Never ever ask a child what they will be when they grow up, because it devalues everything they are and are capable of right now.

She was so right.  I love to get teenagers working backstage as crew in community productions.  This helps to give them experience, and to serve the community.  Any time we can model giving back and helping, we create a culture of empathy.  However I am often alarmed at the number of actors who will look down on or belittle people because of their age or gender.  I will say most actors are terrific that I have worked with, but those that are not, and treat my young crew as less than capable taint the whole experience of theatre for me.

Crew are the glue that holds a show together.  No matter the age or experience they bring with them.  I have had absolutely stunning roadies who have orchestrated the props, set, costumes, and cast bags for dozens of performers into their hotel rooms, just so that the cast can relax on arrival- and ones who had never undertaken that role prior.  I have worked with, and trusted the creative vision, of some very talented assistant directors and directors who have grown within the role.  I have watched so many kids climb the ladder to the lighting rig, for the first time, and be given guidance by other kids as to how to adjust the barn doors.  What these people have are a youthful enthusiasm that should never be shut down, but always embraced with gratitude.

As I remind the younger performers, those older show us what is coming, from main roles, all the way to pre-Alzheimer’s actors unable to learn lines.  We all have such a limited time to influence on this planet, so we should totally make the most of what we do have.  And use this time to be grateful and appreciative of those who serve.