I was in London, preparing to perform at the Globe Theatre. Pretty special stuff.  Then I found out that I had a day off from my schedule. What did I do? I totally blew all my money on “Hamilton” with zero regrets.

Firstly, I bought a VIP Champagne package because I wanted to guarantee a seat. As I only found out my exact schedule a few weeks before I left New Zealand, I did not want to leave anything to chance. To be honest, I could have waited, as my friend Ben did. He bought his ticket on the Friday release.  Given that we also went on the afternoon of the Wimbleton Final, they had a few extra seats available for re-sale as well.

However, I have zero regrets. Lining up with the crowd, all of us bonding over the coming experience. I stood and made friends with a family who flew out from South Carolina, as a surprise for their grandson. I sat with a woman from Denmark. And took photos with a woman who came down from Northern England for the weekend. Later meeting the cast, we met with a fangirl from the States who was blown away with how easy it was to meet performers at the stage door.

The show was amazing, just breathtaking. Even knowing the full musical, and how it would all go down, I laughed and I cried at different moments. The London show had a different vibe to the Broadway one, but still so electric. Then the guy who played the King… according to my concierge (perks of my VIP package) he changed up his performance every time… and the orchestra never knew exactly when he would begin singing.

If I get back to London, I will no doubt go again, it was hands-down the best show I have ever seen live, and worth every single penny I spent on the tickets… and the merch… 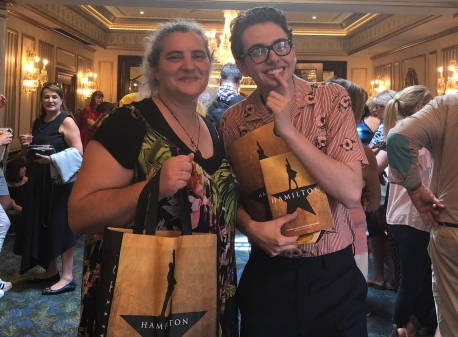 We went to see “Hamilton” in the West End… and it was brilliant. 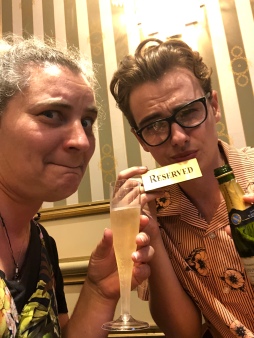 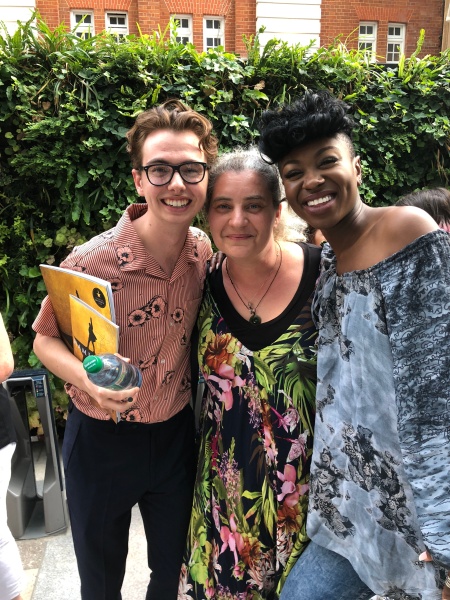 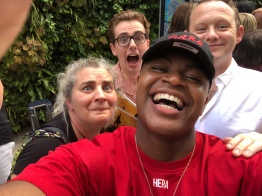 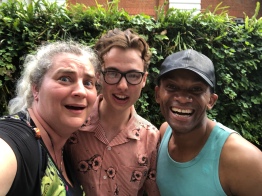 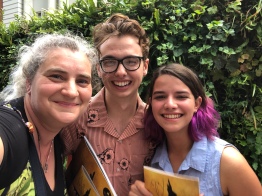